Chemical agriculture is destroying the ecosystems that sustain all life. Pesticides are a key culprit in the decline of bees, butterflies and other pollinators — leading some scientists to warn of a “second silent spring.” , Pesticides wreak havoc on the soil by killing the organisms that are the basis of soil life. And they pollute rivers, lakes and oceans, leading to fish die-offs.

The chemical industry claims that the pesticide residues in our food, air and water are too small to affect us. But new research shows that very small exposures do matter. We now know that small amounts of pesticides can act like drugs and alter our brain development, hormones, immune systems and more. Chemicals that affect our hormone systems, called endocrine disrupting chemicals (EDCs), can be especially problematic at very low doses. EDCs may scramble, block or mimic the cellular mechanisms responsible for developing and managing the body’s reproductive, neurological, metabolic or immunological systems. Endocrine disruptors are associated with hormone-influenced cancers such as thyroid, breast and prostate, as well as learning disabilities, brain development problems, birth defects, obesity, diabetes and reproductive disorders.

Timing of chemical exposure can be critically important, especially for chemicals that disrupt our endocrine systems. Fetal development and infancy are periods of particular susceptibility, as this is the time when young bodies are busy growing and cells are multiplying and differentiating. The health effects of pesticide exposure during these stages can result in lifelong impacts, including ADHD, learning disabilities, autoimmune disorder and cancers later in life. While the Environmental Protection Agency sets legal limits, referred to as “tolerances,” for pesticide residues on food, many scientists and medical professionals say that these limits are outdated and may not be set low enough to protect people who are the most vulnerable, including infants and children.

Source: Friends of the Earth
https://foe.org/organic-for-all/learn-truth-pesticide-companies/ 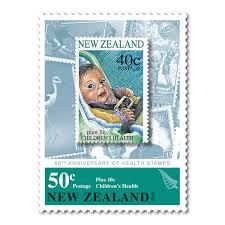