Suggestions of an imminent ‘insectageddon’ have received a great deal of attention recently. A study using more than 24 million individual insects caught over a period of almost half a century has revealed a greater understanding of their populations - and whether they really are being driven to an impending extinction. In this new report, data were collected by the Rothamsted Insect Survey from 137 insect traps sited across Great Britain between 1969 and 2016.

Comparing 47 years’ worth of data collected from 1969 onwards, moth numbers have declined by 31%. For aphids, their overall number has remained pretty much constant across the decades. Lead author and head of the Rothamsted Insect Survey, Dr James Bell said: “Although we have known anecdotally that insects have been declining in Great Britain for more than 100 years, these declines have only been properly estimated over the last 20 years.

Luckily, the Rothamsted Insect Survey has deployed a series of standardised, light and suction traps across the country since the late 1960s. The data is systematically collected on a daily basis, allowing us to investigate this question of insect decline in incredible detail.”

What that level of detail is revealing is that, as well as a long-term, overall downward trend, moths have declined in coastal, urban and woodland habitats, but not agricultural, parkland or scrubland ones.
And whilst aphid numbers have held steady overall, the three most common species have all declined, with rarer aphid species holding steady, or slightly increasing, in number.

" It would seem unlikely that climate alone is responsible, and whilst land use change has been implicated in the past, it does not fully explain why moths are declining in seminatural environments, where other pressures, such as light pollution, urbanisation and disturbance may also play a part, particularly in southern Britain. The problem of implicating these and other causes with any confidence is the absence of high-quality, long-term, land use and environmental data.”, Dr Bell said.

As for the three most abundant aphid species – the bird cherry-oat, the apple-grass, and the English grain aphid – Dr Bell says the fact all three are major crop pests suggests their disappearance may well be due to the rise in insecticide use as well as the emergence of resistant plant traits.

“With many of these control treatments recently banned, numbers of these three species could well increase over coming years, although the investment in plant breeding technology and conservation biological control, as part of an integrated pest management strategy, will help dampen numbers considerably.”

Notes
1) Bell, Blumgart, & Shortall (2020) Are insects declining and at what rate? An analysis of standardised, systematic catches of aphid and moth abundances across Great Britain. Insect Conservation and Diversity doi: 10.1111/icad.12412 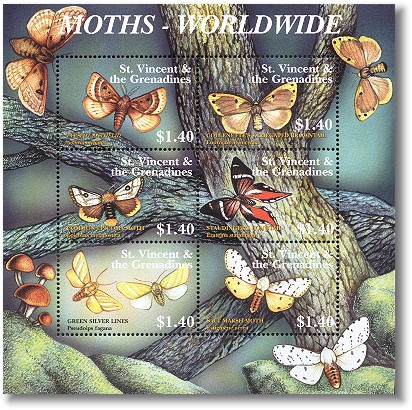