The UK will back a total ban on insect-harming pesticides in fields across Europe, the environment secretary, Michael Gove, has revealed. The decision reverses the government’s previous position and is justified by recent new evidence showing neonicotinoids have contaminated the whole landscape and cause damage to colonies of bees. It also follows the revelation that 75% of all flying insects have disappeared in Germany and probably much further afield, a discovery Gove said had shocked him.

Neonicotinoids are the world’s most widely used insecticide but in 2013 the European Union banned their use on flowering crops, although the UK was among the nations opposing the ban. The European commission now wants a total ban on their use outside of greenhouses, with a vote expected in December, and the UK’s new position makes it very likely to pass.

“The weight of evidence now shows the risks neonicotinoids pose to our environment, particularly to the bees and other pollinators which play such a key part in our £100bn food industry, is greater than previously understood,” said Gove. “I believe this justifies further restrictions on their use. We cannot afford to put our pollinator populations at risk.”

In an article for the Guardian, Gove said: “As is always the case, a deteriorating environment is ultimately bad economic news as well.” He said pollinators boost the yield and quality of UK crops by £400m-£680m every year and said, for example, gala apple growers are now having to spend £5.7m a year to do replace the work of lost natural pollinators.

Gove said the evidence of neonicotinoids’ harm to pollinators has grown stronger since 2013, including a landmark field trial published in July that showed neonicotinoids damage bee populations, not just individual insects, and a global analysis of honey revealing worldwide contamination by the insecticides.

The bitter battle over the world’s most popular insecticides

In the early 1980s, scientists at Nihon Tokushu Noyaku Seizo in Tokyo, an arm of Bayer, started to play around with nithiazine, an insecticide created in California a decade earlier. They discovered a new compound that was more than 100 times as effective at killing crop pests, such as aphids. Named imidacloprid, the chemical was launched onto the market in the 1990s, and it quickly became one of the most widely used insecticides in the world. By the mid-2000s, imidacloprid and similar compounds made up one-quarter of all insecticides. The compounds damage insects' nervous systems by causing the nerves to fire continually until they fail, eventually leading to death. Many neonics are applied directly to seeds, and are taken up by growing plants. If the plant flowers, the chemicals find their way into pollen and nectar.

In France, where sunflower seeds coated with imidacloprid came on the market in 1994, beekeepers raised the alarm. They said that their honeybees were failing to make it home after foraging flights, and they pinned the blame on the sunflowers. The concerns triggered a 1999 French ban on imidacloprid-coated sunflower seeds, which continues to this day — although it was based on the precautionary principle, rather than formal proofs of harm, says Axel Decourtye, a researcher at the Institute for Bees in Avignon, France.

Scientists hurried to find those proofs — or evidence that the concern was overblown. Researchers quickly discovered that honeybees fed high doses of neonicotinoids died. And even sub-lethal doses triggered unusual behaviour: exposed honeybees changed their dining habits, foraging less often but for longer periods3. Other research showed4 that neonics act on parts of a bee's brain associated with memory and learning. Honeybees trained to respond to particular scents by sticking out their tongues, for example, performed worse — or failed to learn the task at all — when dosed with a neonic.

In 2009, Spanish ecotoxicologist Francisco Sánchez-Bayo showed that the toxicity of the neonicotinoid insecticides imidacloprid and thiacloprid for arthropods was not only dependent on the dose but also on the duration of exposure. Dutch toxicologist Henk Tennekes, who was mentored by Hermann Druckrey in his time at the German Cancer Center in Heidelberg in the 1980s, recognized the dose-response relationships as Druckrey-Küpfmüller equations that had previously been described for carcinogenic nitrosamines. The lower the exposure concentration, the lower the total dose required for the damaging effect.

As work continued in the laboratory, researchers also began to turn to the fields. In 2012, Decourtye and his colleagues published a paper showing that what they called “thiamethoxam intoxication” seemed to interfere with the ability of honeybees to return to their hives after looking for food in a realistic, outdoor setting. Yet that study still dosed bees' food with neonics, rather than allowing them to feed on treated crops.

Around the same time, a UK team found that it was not just honeybees that could be at risk. They reported that colonies of bumblebees exposed to “field-realistic” levels of imidacloprid in the lab and then left to grow in field conditions grew slower than controls. They also produced 85% fewer new queens to carry on their line. That work was led by Dave Goulson, a bee researcher now at the University of Sussex in Brighton, UK. In 2006, Goulson had started a charity dedicated to conserving bumblebees, and people began telling him their concerns about neonics. “To start with, I was pretty dubious,” he says. But by 2014, the Task Force on Systemic Pesticides (TFSP) — a group of 30 scientists, including Goulson — announced that it had analysed 800 peer-reviewed studies on neonics and bees, and found “clear evidence of harm sufficient to trigger regulatory action”.

Maj Rundlöf remembers the moment she changed her mind about neonicotinoids. In December 2013, in her office at Lund University in Sweden, she and postdoc Georg Andersson were peering at data from their latest study. It was designed to test what would happen to bees if they fed on crops treated with neonicotinoids — the world's most widely used insecticides. “I didn't expect to see any effect at all, to be honest,” says Rundlöf.

Hives of honeybees (Apis mellifera) weren't greatly affected by the chemicals in their pollen and nectar, the study suggested1. But the data on bumblebees (Bombus terrestris) told a different story. Bumblebee colonies that hadn't fed on the treated crops looked normal: they were packing on weight to survive the winter. But in the colonies exposed to neonicotinoids, the growth chart was a flat line.

When the Swedish study was published in April 2015, it made headlines around the world. It was the first to show that neonicotinoid chemicals — known as neonics — could harm bees in a real-world farming situation.

Bee populations are declining in many parts of the globe, a worrying sign for the crops and wild plants that rely on these pollinators for their survival. Parasites, disease and shrinking food resources are all prime suspects. But a link to neonics has become a major flashpoint.

Even before Rundlöf's results were revealed, the European Union had placed heavy restrictions on the three most widely used neonics in flowering crops — plants that might be attractive to bees — amid rising concerns that the chemicals might harm pollinators. The restricted neonics were imidacloprid and clothianidin, made by agrochemical giant Bayer, and thiamethoxam, made by Syngenta. But farmers, the agrochemical industry and some scientists pointed out that the moratorium was precautionary and based on limited evidence, gathered mostly from lab tests.

Since Rundlöf's paper, studies showing real-world evidence of harm from pesticides in the field have been mounting — and environmental organizations have demanded wide-ranging bans. Regulatory agencies will soon decide what to do about neonics, which have a global market worth more than US$1.5 billion per year. This month, the EU's European Food Safety Authority is due to complete a re-evaluation of evidence for restricting neonics; the EU will then need to decide what action to take. The US Environmental Protection Agency is expected to complete its own review of the insecticides next year. France's parliament has passed a law that would ban neonics in 2018, although some exemptions will be allowed.

But industry groups and some scientists say the evidence still isn't conclusive. The picture is complicated: some studies show harm to some bees in some circumstances, whereas others find no harm. The results seem to be affected by many factors, including the species of bee and the kinds of crops involved. Scientists working on the question say the subject has become toxic: any new study is instantly and furiously picked at by entrenched advocates on both sides. Even the results of the largest study on the matter, funded by the agrochemical industry, failed to produce a consensus. Published this year, it launched another round of recriminations — including complaints from funders who criticized the paper that they had paid for. Ultimately, it's likely that political or regulatory decisions will settle the matter before opposing parties agree, says Sainath Suryanarayanan, an entomologist and sociologist at the University of Wisconsin–Madison who has studied the bee-health issue. “It is a common pattern for highly contentious and polarized debates,” he says. 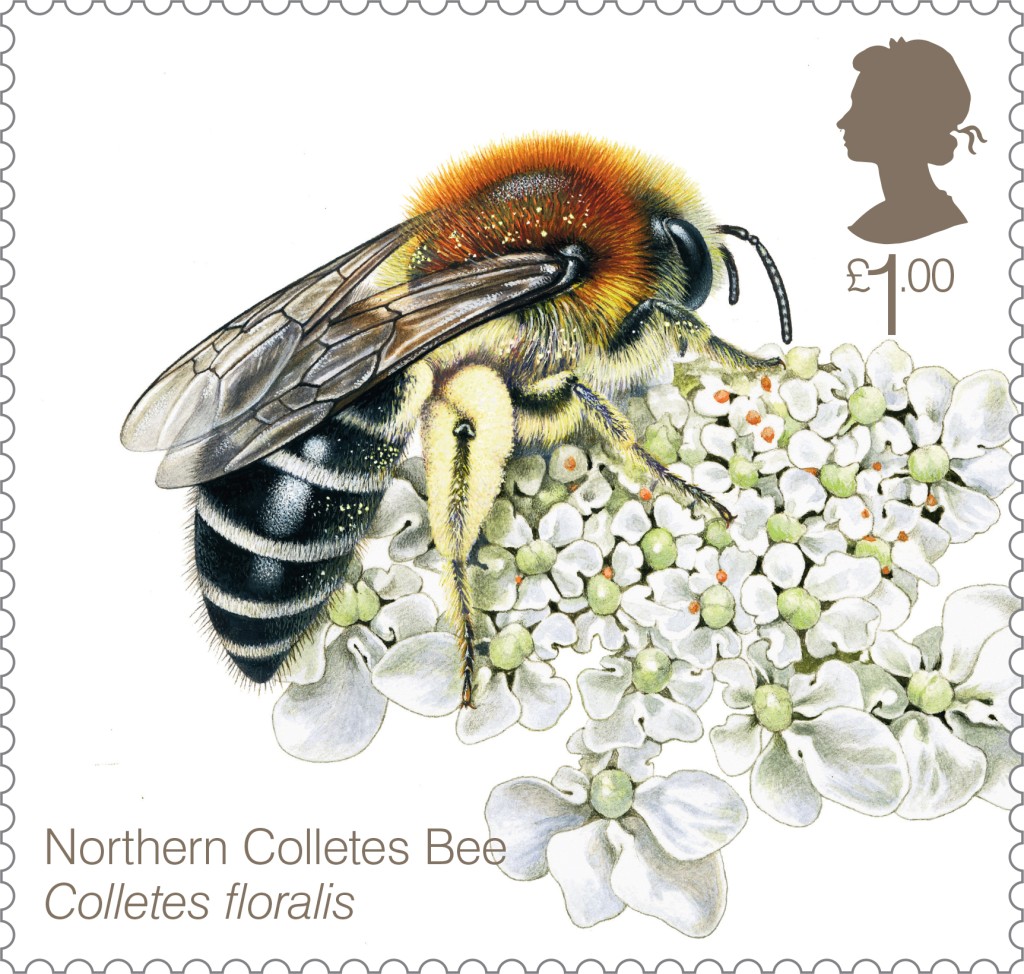